Summer and Christmas: the customary times of year when drinking suddenly becomes a bit more enticing, and for beer lovers the golden ales and lagers of the warmer months give way to stronger, darker brews like stouts, porters and barley wines for these longer and colder nights.

So with the British beer boom still in full swing and such a variety of styles available, we zoom in on the best dozen seasonal brews on the market for this festive period – one for each day of Christmas.

Get them while you can though because most will be gone again by the end of January! 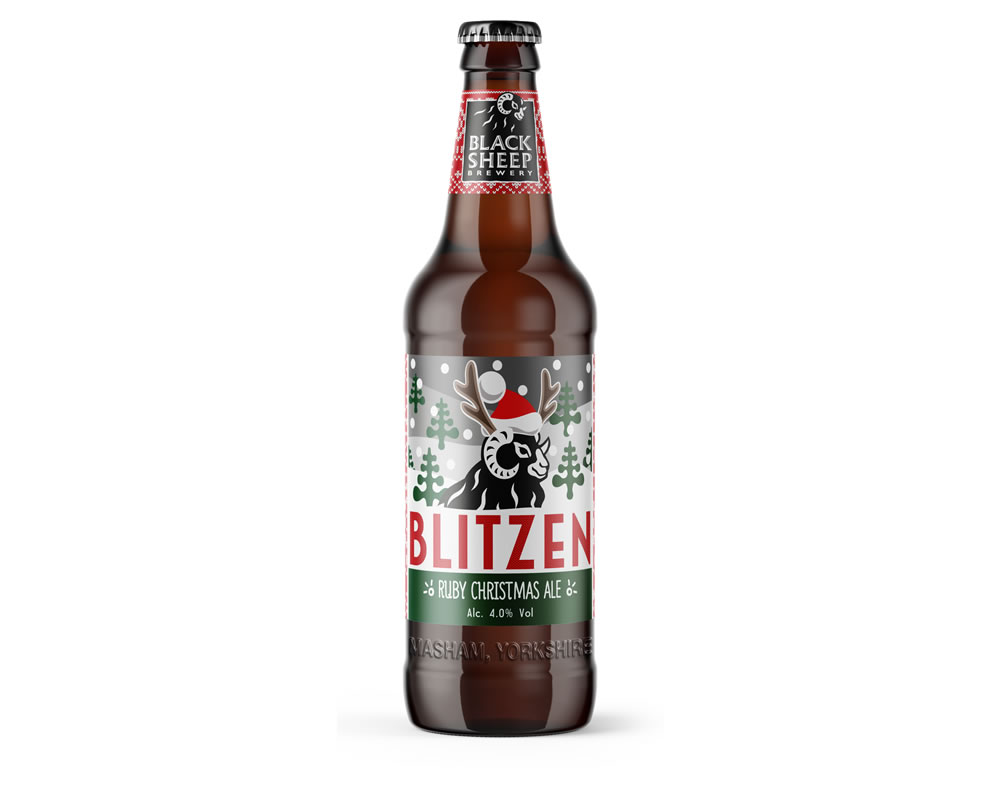 Although it’s only been around for five years, this limited-edition brew has become a yuletide favourite for beer lovers all over the country. With orange and mixed peels offsetting the Cascade and Goldings hops, it’s an exceptional after-dinner drop. 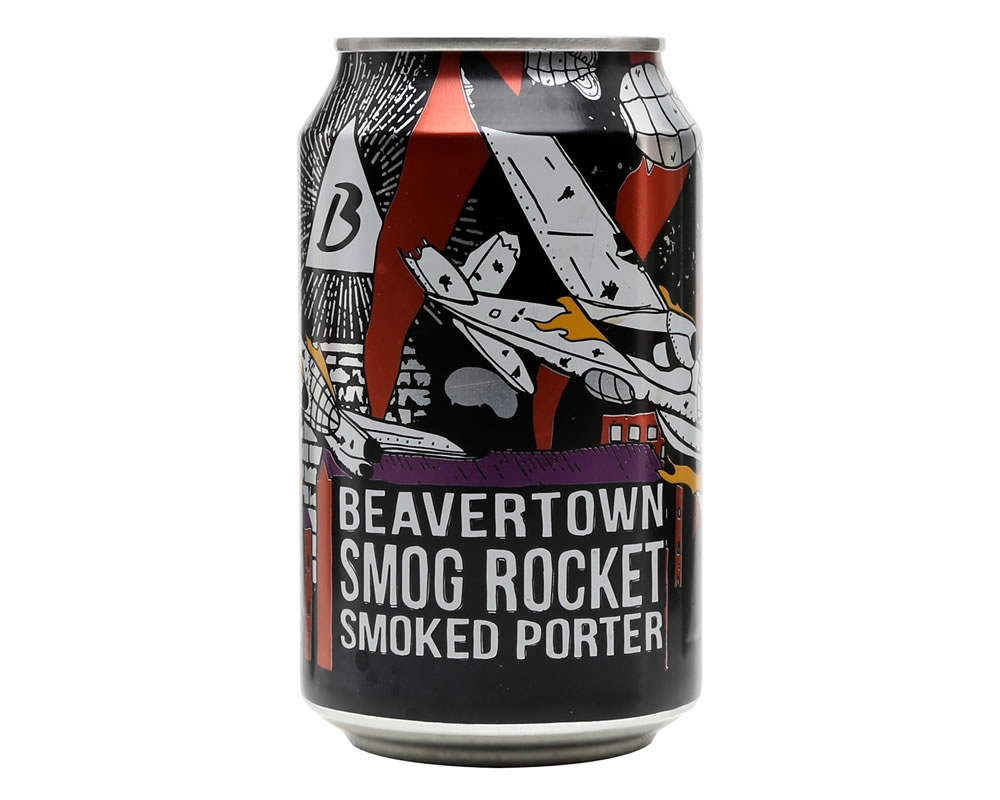 Inspired by the smoky air of London’s Industrial Revolution, this hearty porter from the fashionable microbrewery uses nine different malts, including a good hit of smoked ‘Rauchmaltz’ from Germany. The resulting flavour, with hints of molasses and caramel, pairs the beer well with rich desserts. 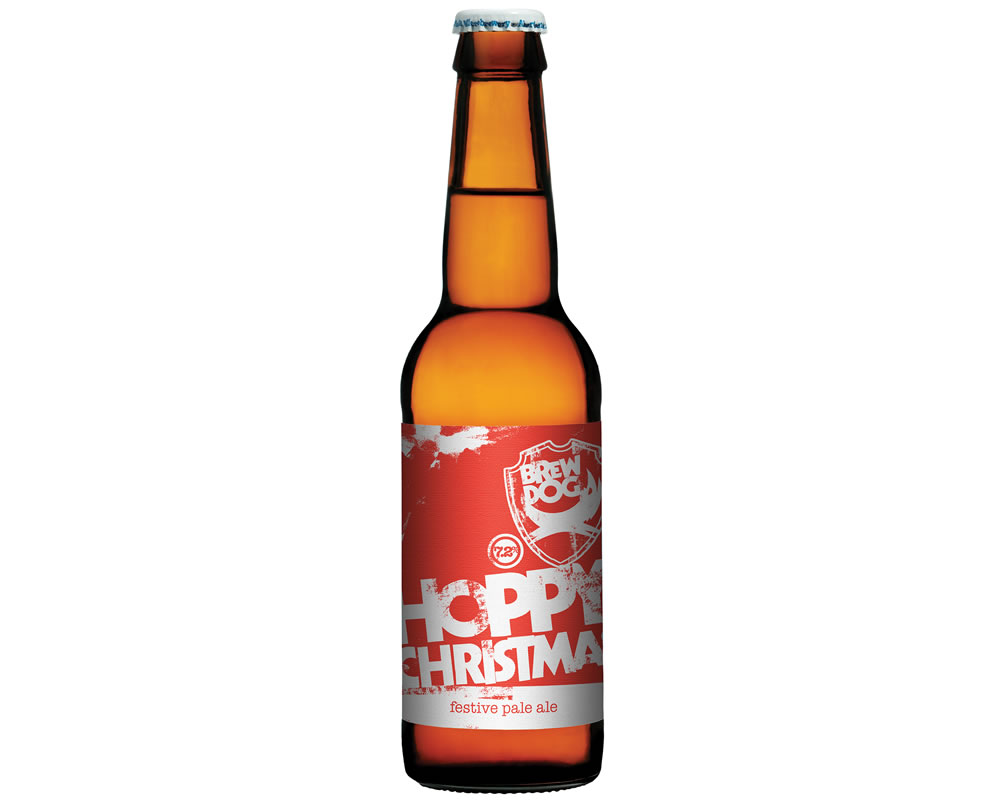 This festive, full-bodied IPA delivers fruity citrus flavours on a firm malty undercarriage – one of a trio of seasonal Brewdog brews, alongside Viennese-style lager Mistletoe Mafia (4.5%) and Punk AF: an alcohol-free version of the classic Punk IPA, perfect for any designated drivers this Christmas!

This complex brew, with strong biscuity malt and chestnut flavours, is more a traditional dark barley wine recalling the robust ‘stock ales’ drunk during the eighteenth and nineteenth centuries. Balanced by a hardy hop bitterness, it should be treated with the respect it deserves.

With its “peace beer with you” tagline, and a brewing ingredients list encompassing cloves, nutmeg and vine-fruit, this ale is simply Christmas in a glass. A great alternative to wine to accompany the turkey dinner. (Ilkley Brewery also celebrating its 10-year anniversary in 2019).

A full-flavoured and well-balanced porter with aromatic cinnamon and spice notes. It matches well with most festive dishes, be it savoury or sweet, but goes down particularly well with an after-dinner cheeseboard or a rich, fruity pudding.

One of the more celebrated festive ales, lauded Winter Beer of Britain and one of CAMRA’s ‘300 Beers To Try Before You Die’, its blend of pale and black malts with a hint of orange matches it well with chocolates or Christmas pud. 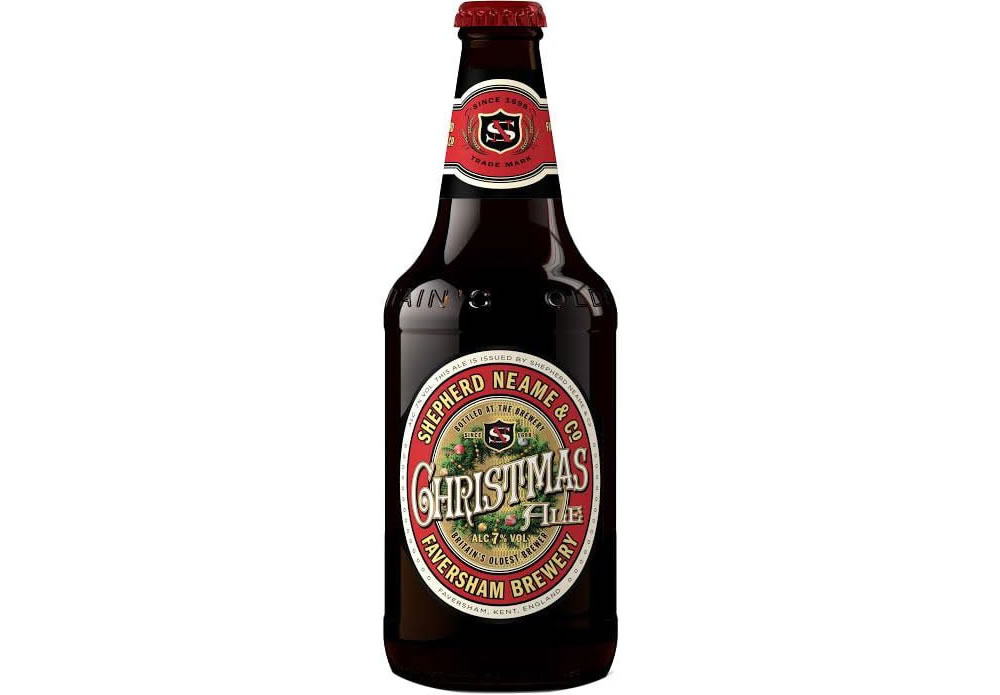 Available throughout November and December, this classic drop from Britain’s oldest brewer uses Target and Challenger hops for bitterness and Goldings for aroma, resulting in a brew boasting notes of vanilla and spices and a heady, fruity nose. A proper winter warmer. 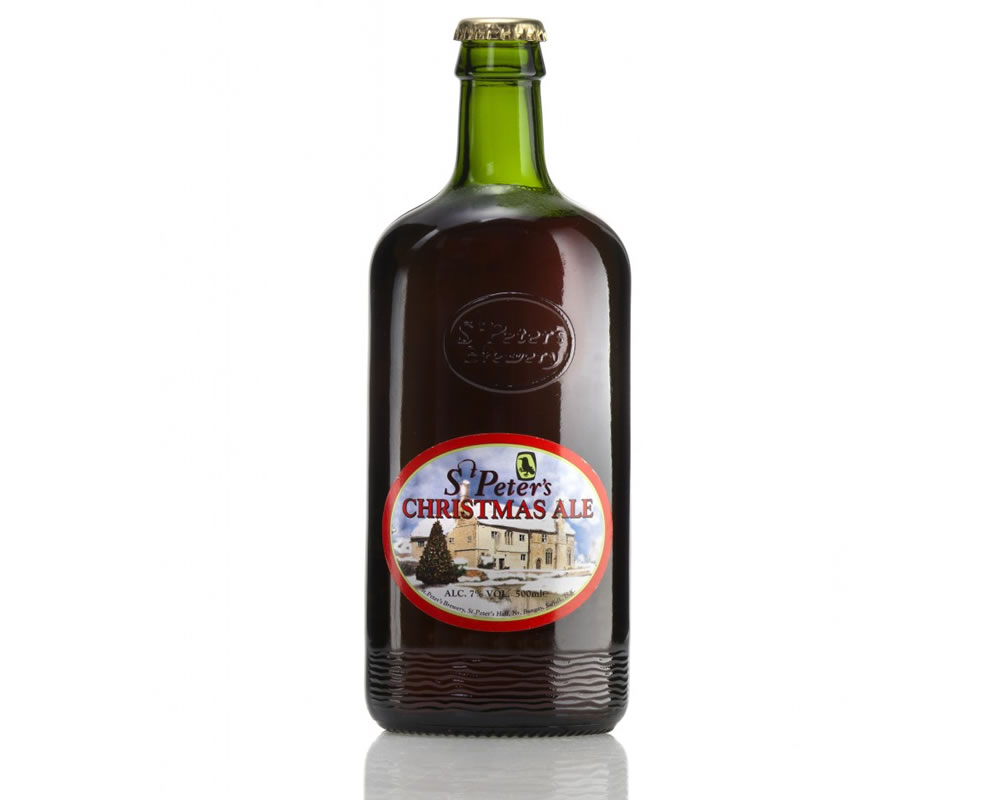 A fruity, full-bodied beer in the finest English strong ale tradition, with hints of dried fruits, spices and orange peel. Served either at room temperature or slightly chilled, it’s a great companion for savouries, sweets and snacks.

Another seasonal brew which effectively blends its hops with raisins and cinnamon to deliver an evocative taste, which will bring out the best flavours of almost any food it’s paired with, but in particular strong cheeses. 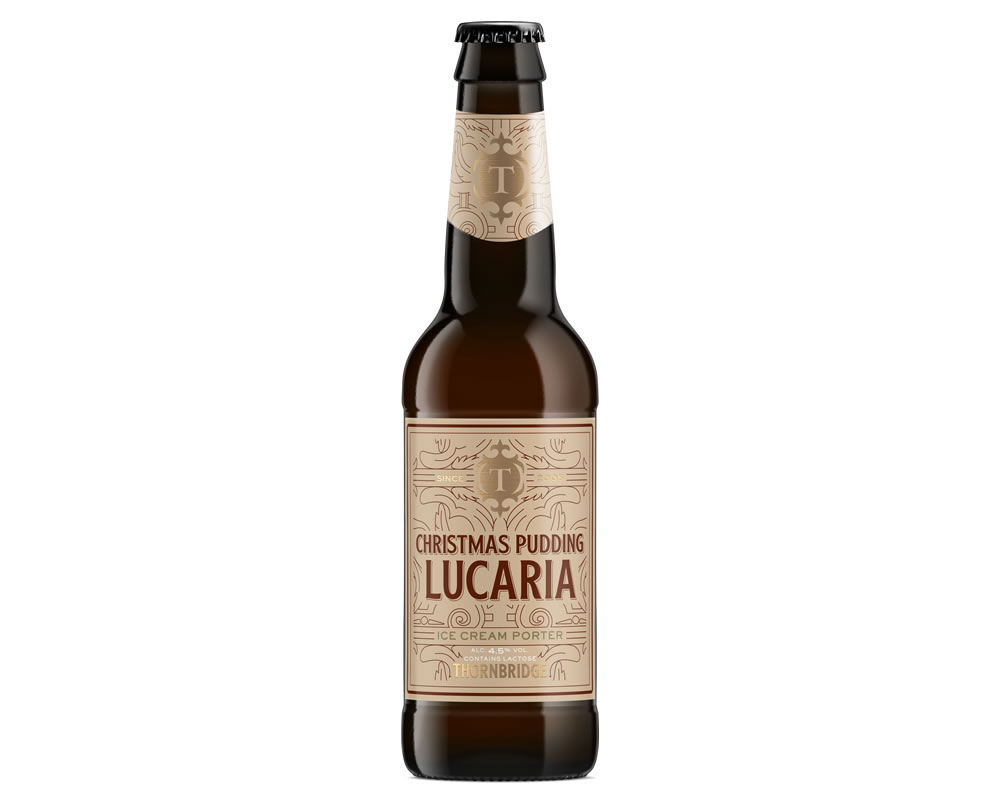 Described on its label as an ‘ice-cream porter’, this dark beauty imparts tasting notes of vanilla, candied fruit and chocolate, and a rich, sweet finish. It could almost be too indulgent to sup this with the dessert it’s named after, but give it a try! 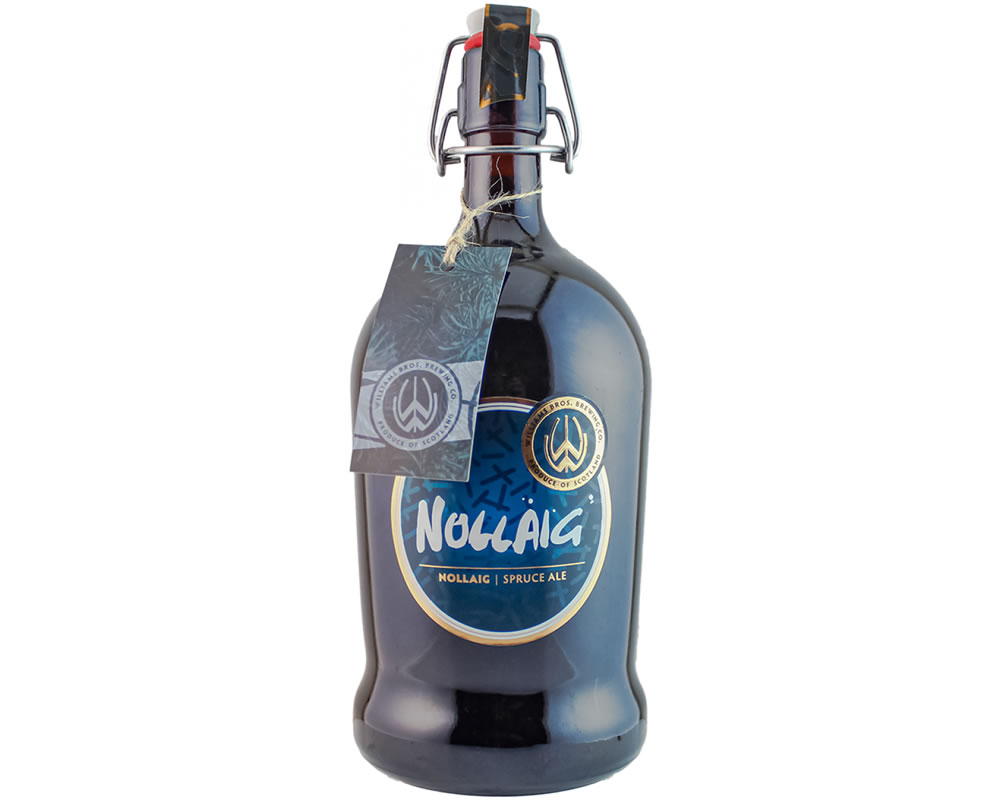 This special festive spruce beer is a limited annual release, exhibiting bronze hues and a rich malt backbone. Its bold combination of American hops with actual spruce sprigs makes it a truly authentic taste of Christmas.